He and She | Mina and Torres

She has more stories. He's a storyteller. It is said, but there are no written records, it is said how to say the real things, that it is from this mass that both are made, that he enchanted it with the details, the rigor of the days and the numbers the ruler and square, that it doesn’t fit with open gestures and the loud voice thundering sweetness as if it were a drip. But it is not.
It is said that her generosity, easy laughter, crystalline look, to be so serious and so true, so free that it did not fit within the mathematics of his numbers, was what awoke him.
After all, they fit together, like puzzle pieces in different boxes. And so they have been for years, creating friends and children and grandchildren and projects. 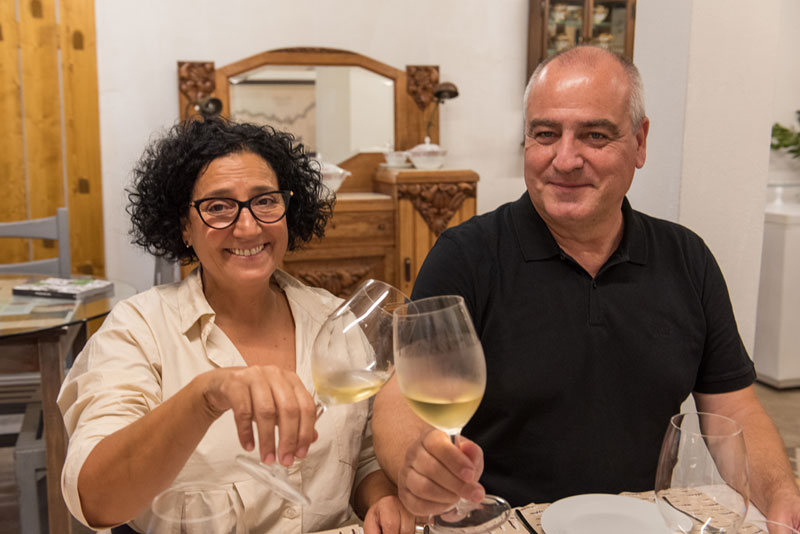 It's Mina. And on the passions menu, full of wines from all regions and times and memories, is the commercial.
She started at Caves Aliança, where he learned almost everything about wine, to which he joined several courses related to the sector.
It was later “stolen” by Fernando Formigal from the Burmester family, where he spent 13 years, until he dedicated himself to small producers, people loving the land and the vineyards without the capacity for anything other than doing well.
Mina grabbed these identities, these lives that make wines what wines are, and faced the giant market, showing the DNA that small, soulful nectars are made.

Torres has the personality of big names. These are names that sometimes add color to the lives of wines and their ancestors.
Of other names he tells when he talks about wines. The confrere of the Confraria do Vinho do Porto walked along the beer paths, at the Central de Cervejas, took a few steps as a photographer, also in the commercial secretariat and even responsible for giving worlds to the worlds of tourists.
Without ever losing the sense of smell and the palate for the passion of wines, taking courses, learning, knowing. He was at Sociedade Vinhos Borges e Irmão and one day joined SYMINGTON, to stay there for more than 20 years.

Unknown wines, with the personality and simplicity of small producers.